So I've been watching all these amazing Christmas videos and feeling so GAH! I suck XD I'm actually trying to get this Christmas movie as we speak (First video on iMovie EVER!) but it's not nearly as good as anyone else's :P Anyways, I'm trying to get this done and then I'll do the last episode of S+D. After, I'll try and do some stop motions and then once my room's in place I can start a serie. I just feel like such a fail right now! Never any videos! Mer. So yeah mes apologias!
-Ali
Posted by Ali at 12:20 PM 7 comments:

So I hope you say my updates video (look it up if you want the low down) but I'm just going to say what's happening! It's Christmas Eve (Very early that is) and tomorrow I plan on getting my macbook (I WON MYLIKES!!!) I'm starting a new series when my room gets renoed entirely (AKA soon) and I'll be doing lots of stop motions over the holidays (Including a Christmas one tomorrow, of which I am cutting close O_O) Now here's additional news! So firstly Asia started a blog! It's called Something Always Happens in Asia and it's inspired by the many adorable doll bloggers like Sabine Bouchard, Piper Nicole, Sophie Amélie Moreau, Violette Petit-Desmaris and many MANY more! It's going to document her little life in pictures and words and it has to do with something else that I'll get to in a minute! If you check it out, you'll notice there are weird names on there... Those names are possible characters and also people in the *fictional* Asia's life. There's a real Asia, and a fictional one. The real one is the one you know, and the fictional one is for the blog and a possible series. Or I guess you could say they're the same Asia and she just lives in to universes? Nonetheless she has two lives. Now about the series thing, I'm at a crossroads. I CAN'T DECIDE! I'll be making a video about this soon but here's the scoop:
I can't choose between doing a funny series or a serious one, so you should comment/vote:
1) The Ballerina Project: A Serious show about a girl who moves to New York to dance at her aunts ballet company. It's a TINY bit based on something that happened to me recently as far as the drama goes, which you'll see, and it's just about dance, friends and bullies. A major inspiration for it is Starlightharp aka Asterietoile
2) Something Always Happens in Asia: A Funny show about an 11 year old girl named Asia who moves from Japan (Coincidence?) and starts a club for all the new kids at her school. She makes a ton of friends, get's into random stuff, has lots of fun and it's just generally pretty funny! It's inspired by the cute activities that the doll bloggers on here do, hence Asia's blog and it ought to be adorable! Very different from my regular series =P
Now talk about which you like in the comments! I'll have posters for them soon (Well the one for The Ballerina Project is already floating around) and make the video about them then! Once my room is done I can start! I'll be keeping Asia's blog up regardless if I do the series or not, and I'll probably get around to doing both of them eventually! Keep in mind that the episodes will be shorter than usual (~5 mins?) and because of that I can make the seasons way longer and make more stop motions with them too! YAY FOR VARIETY! Anyways tell me what you think! Plus I'll FINALLY judge the Peyton contest and finish S+D this break if all goes well!
Oh and PS, I accept messages on YouTube again and my formspring is gone! Sorry about the inconvenience =P
Bed time now!
-Ali
CLICK HERE FOR ASIA'S BLOG
Posted by Ali at 12:47 AM 24 comments:

So guys I have lots to talk about updates wise. Allow me to begin. So I'm sure you've heard this a million times from me but I'm so stressed. Pulling my hair out stressed. As usual I have loads of homework and am finding myself having to work even harder at school to do well. My marks are dropping, dance is all over the place, homework is weighing me down and I don't even have time for friends. This being said, I barely have time for YouTube. I know I scarcely upload a video but I'm really trying and I'm sorry if I can't upload 2 per week. I'm aiming for at least 1. Not only am I constantly busy but I also don't have much of a place to film in. Today I went to Ikea to buy new furniture and when it came to getting a little wardrobe to keep the dolls in as planned for the past few months, my parents suddenly snubbed my plan and I now have literally nowhere to keep them. I owe my mom tons of money from travelling to Seattle, and on top of that I have to buy Christmas presents, and since my parents have told me if it's that important, and urgent, I should purchase it myself. Seeing I'm now literally broke, and trying to get my laptop, the doll room seems thousands of dollars, and months away, so I'll have to film in makeshift areas unless my parents let up. Cross your fingers. Now as for other things, I realize I have to finish the Peyton contest and reply to literally a thousand formspring messages (PLEASE I AM BEGGING PLEASE ONLY ASK ME A QUESTION IF IT'S IMPORTANT! I NEED TIME TO SLEEP TOO!) but until Christmas break I won't truly have any time to do it. Even then I have to study for finals (Like REALLY study) but I promise I'll find the time. I'll also have to wait until I have an actual doll room to start The Ballerina Project which is super unfortunate. I'll make stop motions though. I also hope I can make a Christmas movie. Anyways, I don't want pity or anything, I just want everyone to understand why I can't be on and making videos 24/7 as much as I'd like to. I have a lot going on so sorry about that. Hopefully next semester will be a little more settled down. Sorry again!
-Ali
Posted by Ali at 3:24 PM 15 comments:

So guys a quick post, YouTube has a new layout and I'm sure they'll force us all to change soon, so I changed in advance because my background fit. Anyways, we all like layout backgrounds but the old layouts don't fit because we can't make anything transparent, so I made a new template. You can just save this one here and the grey part will remain hidden so you can just decorate, colour change and edit this layout to your heart's content! Enjoy! =) Also, in order for it to fit, be sure to copy and paste the image (PC is right click, copy image, then paste into paint, and mac... I'm not sure =/) into your photo editor because saving it could distort the size! 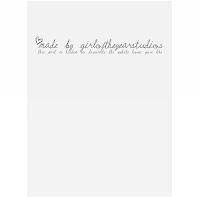 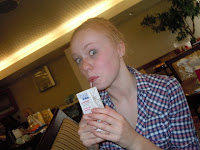