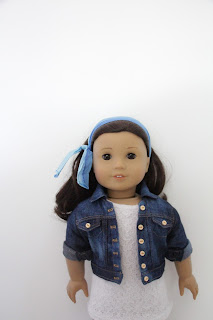 Jessa Akiko McConnell
Doll Type: Girl Of The Year 2006
Name Fact: Jessa is half Japanese and has a Japanese middle name
Hobbies: Travelling, Studying History, Alternative Sports
Personality: As the oldest doll, Jessa is rather mature. She is fearless, loves exploring, and often encourages the younger dolls to try new, and sometimes dangerous things. 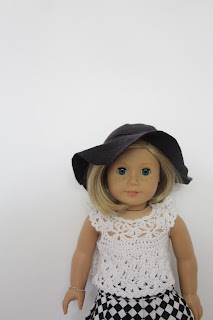 Katrina Maggie Kittredge
Doll Type: Historical Doll from 1934
Name Fact: Maggie references the doll's original full name, Margaret, from the book series, and Katrina is a play on the book character's nickname, Kit
Hobbies: Journalism, Blogging, Fashion Design and Styling
Personality: Katrina loves fashion, especially minimalist and functional fashion. She runs a fashion blog and hopes to write for fashion magazines one day. Although she adores style, she's very focused on what she does, and calculating when it comes to making her wardrobe as functional as possible. She's very interested in upcycling clothes. 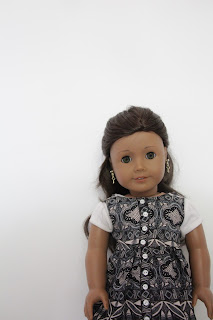 Quinn Joannie Holland
Doll Type: Customized JLY 44
Name Fact: Quinn's middle name honours Canadian Olympic Athlete Joannie Rochette who won a bronze medal immediately following her mothers death at the 2010 olympics, right before Quinn arrived
Hobbies: Painting, Sculpture, Singing
Personality: Quinn has a twin sister named Delainey, but is certainly the louder twin. She is colourful and expressive, and often tells Lainey what to do. She's passionate about art and creating new things. Quinn is often the life of the party and adores entertaining others with her talents and sense of humour. 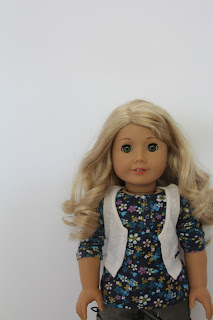 Delainey Aida Holland
Doll Type: Girl Of The Year 2010
Name Fact: Delainey is a full version of the original doll name Lainey (often her nickname), and Lainey's middle name, Aida, is after a long lost cousin
Hobbies: Gardening, Volunteering at the Animal Shelter, Pressing Flowers and Butterfly Wings
Personality: Delainey is far quieter than her twin sister Quinn. She is far more interested in spending her time outdoors in the garden, or with furry friends than the other dolls. She is rather shy but is more outgoing around her sister. She also has an excellent sense of humour, although it comes as more unexpected compared to Quinn. 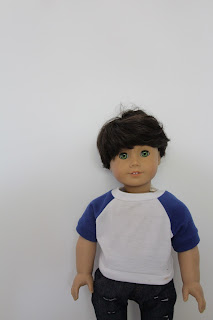 Peyton Phineas Blake
Doll Type: Customized Historical 1774
Name Fact: Peyton's middle name comes from a favourite childhood show, Phineas and Ferb
Hobbies: Soccer, Skiing, Hockey
Personality: As the first boy, Peyton is more aggressive and masculine to set himself apart. He loves sports and will often rough house with the girls. He does however get along well with many of them and is very outgoing and persistent when it comes to being a boy. 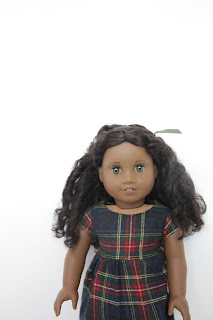 Nora Noëlle Rey
Doll Type: Historical 1855
Name Fact: Nora's middle name, Noëlle is both a French name credited to her Cajun ancestry as well as a nod to the fact that she arrived around Christmas
Hobbies: Ballet, Baking, Piano
Personality: Nora is rather quiet and shy. She prefers to keep to herself and only really comes out of her shell when dancing. She is very loving and cared for by everyone she meets. Although she may seem soft, she is very vocal when it comes to doing the right thing and assuring everyone is treated with kindness and fairness. 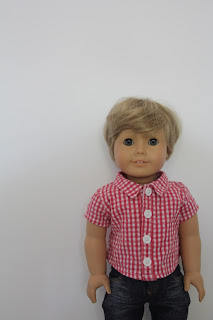 Charlie Milo Bell
Doll Type: Customized Historical 1944
Name Fact: Charlie met his long distance love as they share the same first name
Hobbies: Guitar, Writing Music, Record Collecting
Personality: Charlie is far shyer than Peyton and often goes along with whatever he says. He is quiet around most of the girls except for Asia who he shares many hobbies with, and Nora who comes off as least threatening. He has severe stage fright but cares enough about his music to get past it. Charlie loves old school music, and new school rock too, and is open to nearly any genre. 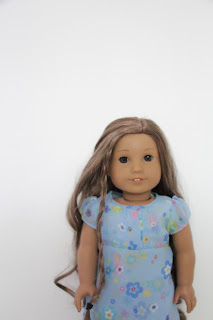 Fiona Jade Pelekai
Doll Type: Custom Girl Of The Year 2011
Name Fact: Fiona's middle name is reference to close friend from AGtube, and her last name is both Hawaiian like her heritage, and references a favourite childhood film, Lilo and Stitch
Hobbies: Astronomy, Marine Biology, Surfing
Personality: Fiona is an environmentalist who loves to read up on and study science. She's particularly interested in astronomy, but also adores marine biology and advocates to protect the oceans and beaches. She loves to surf but settles for skateboarding as she lives far from the ocean. Fiona is somewhat nerdy but also quite outgoing and persistent in her environmental pursuits. She's also quite goofy and manages to be both the skater girl and the scientist at the same time. 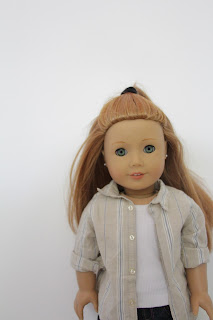 Asia Rhiannon Asher
Doll Type: Custom Historical 1812
Name Fact: Asia's middle name references a favourite Fleetwood Mac song, Rhiannon
Hobbies: Filmmaking, Biking, Exploring her City
Personality: Asia is very involved in her community and spends more time at events and in local coffee shops than at home. She enjoys a wide variety of films and adores filming her own as well as photography. Asia is outgoing and quite sarcasti. She's also very focused on her own personal style which shows through in many of her films.